We had a 41 Willy’s blown promod, brand new car and struggled getting it down the track for over a year. After beating my head against the wall countless times, I called Shannon and got a profiler. FIRST RUN, down the track. I couldn’t believe it. So we starting tuning and making adjustments and just kept going faster. The profiler was what made this car, we became a competitor. I’ve heard that the profiler won’t make you go as fast because all of the adjustments it makes, THAT WAS A LIE. Since then, this car has been 3.84 to the 1/8th repeatedly, as if it were a bracket car. We pulled a .945 60” time and that’s very impressive. After a while, we took that leap of faith and went 3.78 to the 1/8 without a lockup and a 3 speed Lenco, manually shifting. That’s not just impressive, that’s incredible. 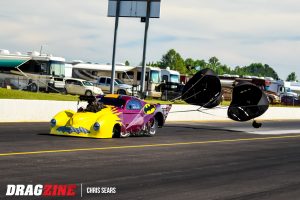 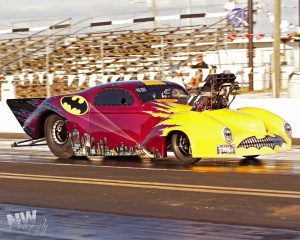 Aside from how fast we’ve been, the profiler can do whatever you want and is extremely reliable. I can’t begin to explain how many msd boxes I’ve been through before I switched to the profiler. The profiler has never failed me. Now it’s runs the whole car; the shocks, the new 5 speed transmission, the two step, and the timing. The profiler is the greatest thing I have ever gotten.

ATTENTION- Davis Technologies is Closing 6-15 through 6-24.

Use Caution When Buying A Used Unit- Buyer Beware!